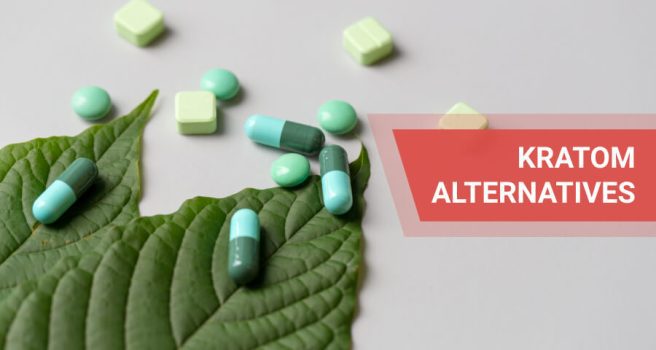 The PEAK® supplement and Kratom are two supplements that have powerful mood enhancing and anxiolytic characteristics. Both of these nootropics are seen as fast-acting, effective solutions. However, they can seem very similar to one another at times. This article seeks to show the differences and similarities between Kratom and the PEAK® Supplement and compare them with other alternatives.

PEAK® is a natural supplement that works immediately – 15 minutes to 1 hour after dosing, you will begin feeling a slight “buzz” and the mood enhancingmood-enhancing effects will gradually begin to grow stronger. PEAK® is a “‘use as needed” supplement, unlike other supplements, you don’t need to take it every day to achieve the full anxiolytic benefits.

By combining the advantages of ten highly-researched natural ingredients, the PEAK® supplement provides the best of both worlds – fast anxiety relief WITHOUT the drowsiness or sleepiness.

Meanwhile, Kratom is a plant (one ingredient) that is native to Southeast Asia, with a scientific name of Mitragyna speciosa. Some people take it because it has similar effects to opioids, as well as having some stimulant effects depending on the dosage. It is usually used to ease pain, boost energy, and for recreation purposes.

NOTE
These products are similar in some ways, but comparing the PEAK® supplement and Kratom, they also have many key differences. PEAK® is made up of safe, non-habit-forming ingredients that work fast – while the same cannot be said about Kratom…

These two nootropics are not closely related scientifically, but they have many characteristics that make them similar to one another.

These Include the Following:

Of course, some major differences can be seen when looking at the PEAK® supplement vs Kratom. These are significant and should be kept in mind before trying them.

Native to the South Pacific Islands, Kava has been said to help manage anxiety and promote a calmer mind, making it a unique alternative to Kratom. Widely available in health food stores, it supports relaxation and anxiety relief. The downside to this kratom substitute is that just like Kratom, you need to prepare it in a drink form. This means, you can’t just throw it in your pocket or purse and take it on the go. Additionally, due to the way Kava stimulates the GABA receptors in the brain – it is not recommended for people who take psychiatric medications.

Blue Lotus flowers have been dried out and smoked for thousands of years. This plant is native to the Middle East and are routinely used for religious ceremonies. It is a potent relaxant and can also produce a strong euphoric rush when smoked. It’s not an alkaloid (Kratom), instead, it works by inhibiting an enzyme in the brain that flushes out serotonin and dopamine. The end result is an abundance of these neurotransmitters circulating in your bloodstream. Smoking Blue Lotus is great alternative to Kratom, in the sense that will help you feel relaxed and at ease. In higher doses, it can be sedating. Like Kava, due the effects on serotonin and dopamine, you should not consume it if you are taking psychiatric medication.

Here is a firsthand review on smoking Blue Lotus for stress relief.

As you might have already learned, from reading the beginning of this article – the PEAK® supplement is a great safe alternative to Kratom. Aside from all the benefits we previously stated, PEAK® carries even some of the benefits Kava and Blue Lotus produce. PEAK® does affect the GABA and dopamine receptors in the brain, but not in an unnatural way like the former Kratom alternatives do. It optimizes your mesocorticolimbic dopaminergic system to perform its job at an even higher efficiency, without disrupting the natural homeostasis of the endocrine system. Thus, making this supplement safe and effective for people who take prescription medication as well. Best of all, the supplement comes in a convenient capsule form so that you can take it on the go for any occasion!

So, there you go. If you want to experiment with alternatives to Kratom – now you have a list to lead you in the right direction. Kava, Blue Lotus, and PEAK® all are effective in their own right. While don’t have scientific proof that Kava and Blue Lotus are as effective as they claim to be, we do have extensive research behind the formulation of the PEAK® supplement. Make sure to do your own research before deciding which Kratom alternative you want to try.

How To Quit Smoking Weed

Vita Supplements’ mission is to create a lifestyle supplement line that is not only meant for gym enthusiasts, but for everyone and anyone. Our goal is to create supplements that improve your well-being, help you achieve your goals, and help you conquer those obstacles life throws at you. By optimizing your skills and improving your weaknesses, we help you become the best version of yourself. Thus, after reaching those goals and accomplishing feats you thought were impossible, you begin to realize that you had it in you all along. That is what we stand by. That with our help, you realize what you are truly capable of.